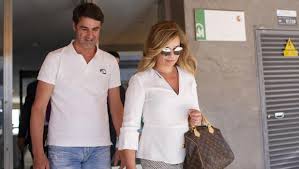 María José Campanario has won the trial. Through a statement from Campanario lawyers, Averum Abogados, they have announced the sentence.

The Provincial Court of Cádiz has considered proven that he committed a crime of interference with personal and family privacy.

The Sálvame collaborator has been sentenced to pay a fine of 2,000 euros for the damages caused to the applicant. “This is a brilliant sentence regarding the legal argumentation of the violation of privacy, but we do not share in relation to the economic valuation of the damage,” said the lawyers of María José Campanario.

The reason for the complaint was born in 2015 when the content of the medical part of Campanario was disseminated after hospitalization. Although at first the Court of First Instance number 3 of Arcos de la Frontera dismissed the lawsuit filed, because they ensured that the data provided by the collaborator could not be considered sensitive.