The Spanish Supreme Court raises a question referred to the CJEU 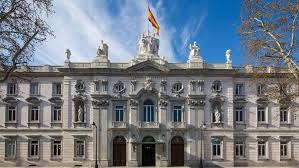 The Plenary Session of the First Chamber, Civil, of the Supreme Court has issued an order in which it asks the Court of Justice of the European Union several requests for a preliminary ruling on the prospectus to be published in case of public offer or admission to quotation of values. The Supreme Court notes that the response of the CJEU is decisive for the ruling that must be pronounced in an appeal by Bankia against a judgment of the Provincial Court of Madrid, which estimated the bank’s responsibility in relation to a qualified investor or the institutional section by the prospectus on the issue related to the public offer of subscription of shares (PAHO) for its IPO in 2011.

The questions that the Supreme asks the CJEU are the following:

“1.- When a public offer for subscription of shares is addressed to both retail investors and qualified investors, and a brochure is issued in attention to retailers, does the liability action for the booklet cover both types of investors or only to retailers?

2.- In the event that the answer to the previous question is that it also protects qualified investors, is it possible to assess their level of knowledge of the economic situation of the PAHO issuer outside the prospectus, depending on their relationships legal or commercial with said issuer (be part of its shareholders, its administrative bodies, etc.)? ”

The lawsuit to which the CJEU’s responses will affect is raised between Bankia and the Mutual Assistance Insurance Union, qualified investor or of the institutional section in the public offer of subscription of shares for its IPO made by Bankia in 2011, which was divided into this institutional section and in the one planned for retail investors and employees and administrators.

UMAS signed an order to purchase 160,000 shares of Bankia, at a rate of 3.75 euros each share, which meant a total disbursement of 600,000 euros. As the car recalls, as a result of a reformulation of the annual accounts of the issuing entity, the shares lost almost all their value in the secondary market and their quotation was suspended. In previous procedures, followed at the request of retail investors, the Supreme Court has concluded in several judgments that the issuance booklet contained serious inaccuracies regarding the true financial situation of the issuing entity.

UMAS filed a lawsuit against Bankia, in which it requested, mainly, the nullity due to an error in the consent to purchase the shares. And on a subsidiary basis, that Bankia’s responsibility be declared for lack of veracity in the issuance booklet. The judgment of first instance estimated the demand in its main claim, declared the nullity of the acquisition of shares due to a defective consent error and ordered the return of the benefits.

Bankia filed an appeal against said judgment, which was estimated in part by the Provincial Court, which dismissed the nullity action and estimated the responsibility for the inaccuracy of the prospectus, fixing compensation for the difference between the value of the acquisition -600,000 euros-, and the value of the shares at the time of filing the lawsuit -22 May 2015-.