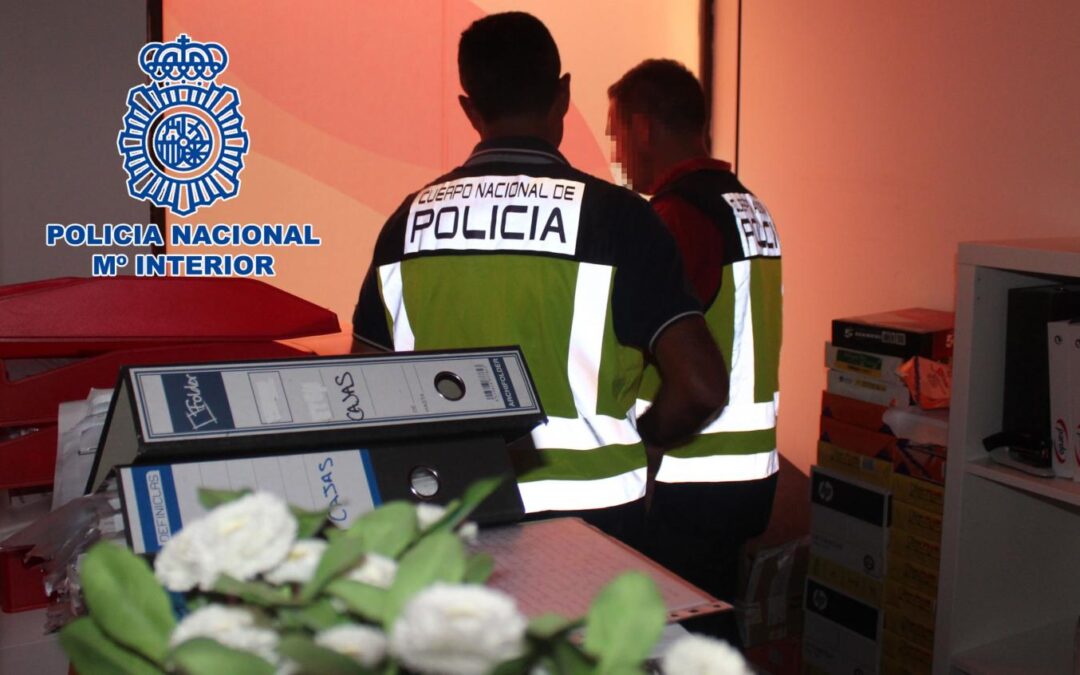 The National Police have arrested ten people in Almería and Roquetas de Mar accused of forming a corporate network with six “shell” companies and a front man network to launder money from alleged illicit activities, mainly drug trafficking, according to the investigation carried out in the framework of the operation ‘Reyes’.

The investigation began in 2017 as a result of a police operation in which the members of a clan dedicated to drug trafficking were arrested, according to the Police Station in a note. The investigations were aimed at detecting the introduction into the legal traffic of capital from illicit activities in order to legitimize said assets and enjoy them legally.

The police investigation has uncovered a “commercial network, with fictitious companies without economic activity, front men and interposed persons who, in the opinion of the agents, have been able to launder incalculable amounts of money.”

The operation then focused on four people, a man and a woman who are married, their son and his wife. Residents in Roquetas de Mar and in the Almeria neighborhood of Pescadería, they designed a network of front men and six shell companies, which were established as limited companies whose corporate purpose was multiple.

As a result of these investigations, the agents have seen sufficiently credited that these companies have achieved an economic movement of “great magnitude” in the temporary period of the last five years, which has emerged after the beginning of the police inquiries.

In addition to these four people arrested, the National Police has arrested another four front men, located in different provinces of the national environment, who tried to hide the benefits through front companies with supposed legal commercial activity, among which was the sale of vehicles. high-end, settled in these locations.

The detainees had hired or, where appropriate, had financial products in which they handled amounts greater than the known income. In turn, they lacked income from paid employment, and if there were such income, they came from assistance benefits from the INSS.